The Advisory Board of LEPCA II consists of eight members. The members of the Advisory Board are experts from diverse professional backgrounds active in the field of international child abduction.

The chair of the advisory board is Dr. Ian Sumner (The Netherlands)

Graduated a First Class Law Degree (cum laude) at Christ's College, Cambridge University in 2001. Afterwards he was a PhD candidate at Utrecht University, which resulted in his thesis. Since then he has worked for the Molengraaff Institute for Private Law at the University of Utrecht, first as a Junior University Lecturer (2005-2006), then as University Lecturer (2006-2008) and finally as Senior University Lecturer (2008-2012). Presently he is owner and founder of Voorts Legal Services. He provides education and training to diverse legal
target groups, such as lawyers, judges, notaries and registrars. Since 2015 he is also a deputy judge at the district Court of Overijssel.

Is a senior judge at the Court of Appeal in Madrid and also Spain’s senior judge representative to the International Hague of Judges. Furthermore he advises the Spanish Ministry of Justice, is a member of the CDCJ Informal network to promote and support implementation of Child-friendly Justice Guidelines, Council of Europe, Spanish INCADAT correspondent, Member Permanent Bureau European Committee on Legal Co-operation (CDCJBU), Council of Europe, Spanish Representative appointed by Ministry of Justice to the Drafting Group on Parental Dispute Resolution (CDCJ-GT-RCP), Council of Europe.

Has a Masters degree in Philosophy as well as an Advanced Masters Degree in European Studies. Her professional background includes positions as Policy Assistant at the European Youth Forum working on youth participation and life long learning, Public Affairs at Cable Europe in charge of contacts with the European Parliament and Project Management in charge of European projects related to the disapperance of children as well as their sexual exploitation at Child Focus. She was Deputy Secretary General at Missing Children Europe between 2008 and 2013. Delphine is a member of the Advisory Board of the Centre for the Study of Missing Persons from the University of Portsmouth and Manager of the Secretariat of the Europol-chaired European Financial Coalition against Commercial Sexual Exploitation of Children. She was appointed Secretary General of Missing Children Europe in June 2013.

Is a barrister, deputy Disciplinary Officer for the Łódź Regional Council of Barristers (Okręgowa Rada Adwokacka) in Łódź; mediator, family mediator for transnational disputes (cross-border family mediator - MiKK); Ph.D., Legal Sciences in the field of law; Associate Professor at the Chair of Civil Procedure, Faculty of Law and Administration, Cardinal Stefan Wyszyński University, Warsaw; tutor; speaker at the Academy of European Law in Trier; lecturer at the Łódź Regional Council of Barristers; graduate of the School of German Law (Münster), awarded scholarships at the University of Strasbourg and Justus Liebig University Giessen. From January 2016 a judge at Regional Court in Łódź. Served pupillage at the Council of Bars and Law Societies of Europe in Brussels. An award winner in Polish public speaking competitions and finalist in the Human Rights public speaking competition held in Caen, France. The author of publications on civil procedure and mediation.

Is Senior Legal Officer in the Permanent Bureau of the Hague Conference on Private International Law (HCCH). Her responsibilities focus on the implementation and practical operation of the 1980 Child Abduction Convention and 1996 Child Protection Convention. Kerstin works, among others, on the development of a Guide to Good Practice on Article 13(1)(b) of the 1980 Child Abduction Convention, the International Child Abduction Database (INCADAT), activities of the Working Party on Mediation in the framework of the “Malta Process” and other activities related to international family mediation. She is responsible for the project on the recognition and enforcement of agreements on family matters involving children and works on private international law matters related to cohabitation outside marriage. Kerstin is a German national with knowledge and experience in international and European family law, human rights law, migration law and policy. She holds an LL.M in European Law and International Economic Law from the University of Lausanne and studied and practiced international family mediation. Prior to working for the HCCH, she worked for the International Organization for Migration in Switzerland, the Philippines and Jordan.

Is a civil and family judge and also a mediator in District court of Oulu, Finland, (in Finland judges can work as mediators as a part of their normal judge work). She worked as a mediation trainer and currently she is also taking part in an EU twinning project Finland-Albania in which they are developing the alternative dispute resolution system in Albania. She is a trained mediator in child abduction cases.

Received the CDT - Certificate de droit transnational - in 2003 at the Université de Génève in 2003. Law degree at the Humboldt University of Berlin (2005), PhD thesis on international parental child abduction and mediation, which got published 2010. From 2012-2013 she was a family lawyer in Berlin. Currently she is working as a judge incl. family judge in Berlin since 2013. 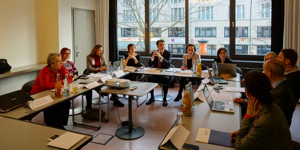 The LEPCA Conference focuses on bringing professionals together in order to discuss mutual issues, to exchange ideas, to learn from best practices and to create a platform of specialised international parental child abduction lawyers within the European Union.
read more 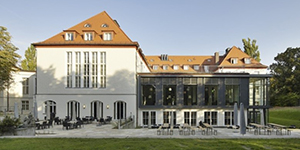 On 26 and 27 January 2017 a blended training conference was held at beautiful Harnack Haus in Berlin. It was organised by MiKK and Center IKO.
read more 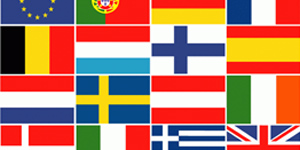 The co-partners of LEPCA II are Center IKO and MiKK. The Associate Partners are law firms in Belgium, Finland, France, Italy, Spain, Sweden and the United Kingdom, and NGOs in Bulgaria, Poland and Hungary.
read more

"Co-funded by the European Union"